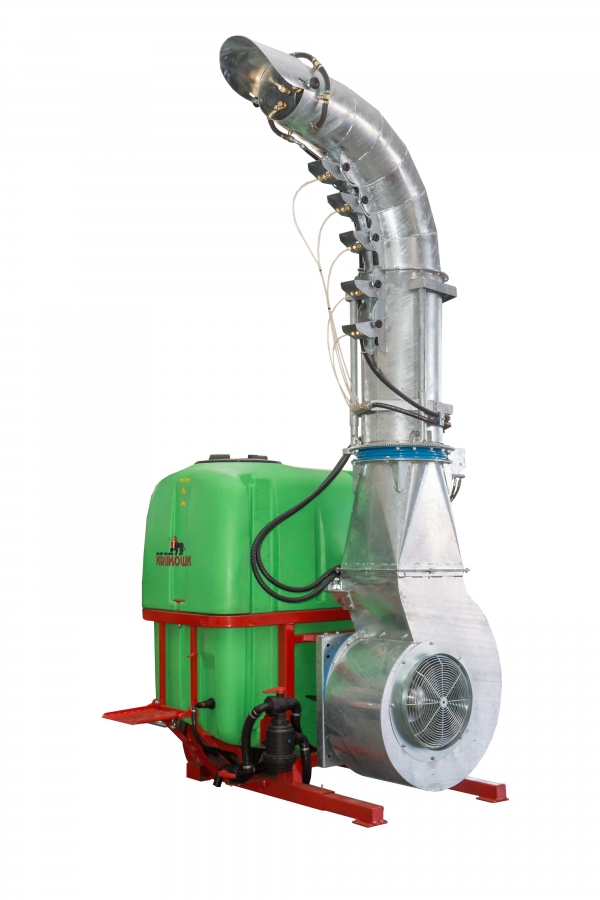 Presented for the first time at Agrotech Kielce 'Notos' sprayer for far-reaching treatment has met with a warm welcome among the farmers growing corn.

This is the solution that they were looking for - a cheap device for fighting the european corn borer.

Notos is an absolutely new conception of fighting pests. The problem in making treatment of the corn is its height that requires using self-propelled sprayers with increased clearance. Not every farmer can afford buying a self-propelled sprayer and using the services also happens to be problematic. While fighting the european corn borer every second counts and it is hard to set the service appropriately early and on time.

Notos sprayer allows for making treatment without driving into the cornfields, it can be used with an ordinary agricultural tractor so it does not require big investments. Working liquid is thrown out by using extremely powerful air stream even at a distance of 47 meters. Similar cnstructions were used for fighting pests in nursery gardens but they had one disadvantage - the working liquid was thrown out at big distance but it was not applied near the drive path. Notos works differently, specially shaped openings allow for a relatively regular distribution of liquid over the entire width, even near the machine drive path.

Notos is a proposition not only for corn growers, it works perfectly for fighting pests in any high cultivation, also in nursery gardens, wicker plantations, in parks and on fallows.

Read 26176 times
back to top
FaLang translation system by Faboba